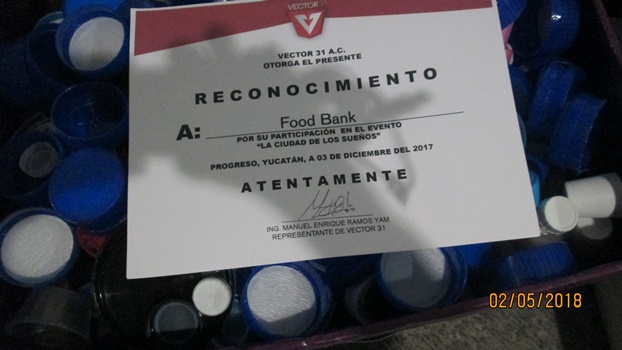 I have decided to acknowledge businesses when they do something helpful for the community.  If you want to acknowledge someone just write a story about the person/family and send to me with some pictures.

This month we are highlighting Pancho Villa’s Restaurant and family business on calle 80.  They have been very involved with the Banco de Tapitas project and have helped fill our boxes this winter.

Roger, his wife Aracely and their son, Emilio, the owners of Pancho Villa’s.   I find it amazing what happens here that no one ever knows about. 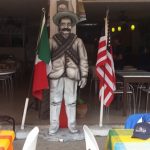 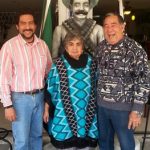 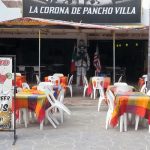 Roger has owned the business for 27 years and it started out as a tourist curio shop but Roger switched it to a restaurant about 6 years ago.

Emilio has two children, a boy, Emilio who is 14 and a daughter, Claudia, 18.

Claudia started gymnastics at the age of 4 and has competed Nationally and Internationally ever since.  Her team was 2 wins short of representing Mexico at the Olympics in Moscow – she competed  in Czechoslovakia in 2016, Moscow post Olympic games in Moscow in 2015, and Argentina in 2011.Claudia now coaches gymnastics and is a judge for competitionsand is studying to be an interior designer.

Emilio (Jr) has been playing basketball since he was 4 years of age and he was on the national basket ball team in Tuxtla and Chiapas  Emilio also represented the Yucatan last year at the 2017 International Science Fair in Baja California.

This family participated in the “Helping the Kids With Cancer” by donating many tapitas to the collection!

Thank you Roger and family.