Following our usual pattern, we welcomed two families here this month.  The others I will report on next month as they both arrived at month-end.

Connie and Eric from Indiana with their girls, Samantha and Morgan came in early October and we began in an unusual way.  We met up with them at the Casa de Cultura and as we were chatting a reporter Alfredo, from a local paper Por Esto approached us with questions.

I have attached the resulting interview that appeared in the paper the very next day. 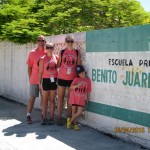 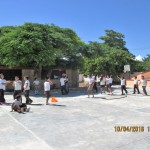 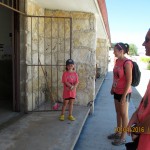 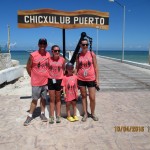 Alfredo was surprised to meet people who were interested in discovering our wee piece of heaven and making a difference.  As we visited the school and walked the streets there were many positive comments about the visit.

Then Dana and her husband visited from and spent their wedding anniversary in the Port.