Help from the Community 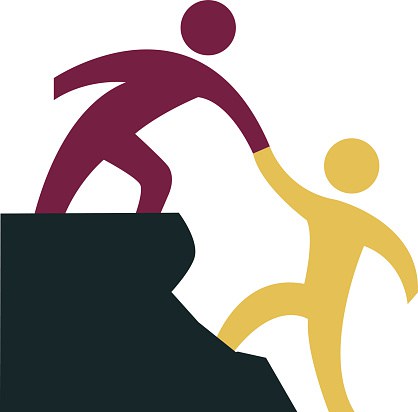 The total community of YOU were very instrumental in helping the Chicxulub Food Bank do well with volunteering your time, your talents, having fun, shopping and learning the language.

Summary of the events that have supported the Chicxulub Food Bank:

In December Judi and I were chatting about how we could help the Food Bank raise funds in order to be able to help with the new building.

One idea we had was to host a “stuff swap” where people who had too much of something, or things they weren’t using, could donate them for the purposes of selling them. I was away for most of January, so when I got back Judi got right on things and we went to work, letting people know our plans, and setting a date and time for the sale to take part.

We and several other people had fun clearing out our closets of things not serving a purpose, and then many of us and others, hunted through and chose others’ hand me down treasures and made them our own. It was a fun afternoon that took place under the palapa at Neek Kaan, and in just a couple of hours we were able to raise $3500 pesos towards our objective! Yeah!

A great idea, quickly turned into a good and fun fundraiser! Here’s hoping the Food Bank’s building will be in place by next year! But we will repeat the garage sale, as it was definitely well received and enjoyed by many!

More than 300 people toured through 9 homes in Progreso and Chicxulub, as well as  the Soup Kitchen Community Garden on Saturday, March 2. The event, a benefit for the New Progreso Apoyo Program and the Chicxulub Food Bank was enjoyed by both home visitors and the home owners themselves. The Home Tour started and ended at La Cola del Cocodrilo, and a raffle of many interesting items, including original art, helped raise additional funds. More than 160 people used taxis organized by local taxi driver Omar Tuien to shuttle them between the homes. The money raised will be used the new Progreso Apoyo Program to help re-start the Program, now under new leadership, and help the Chicxulub Food Bank continue to provide vital services to low-income families of Chicxulub.

This winter, from February to April, I held a small but fun Spanish conversation class for some of my fellow foreigners in Progreso! We started with 3 students, and by the end of March had up to 10 students! We learned relevant things, including lots of study of numbers and practice aloud of this, played some games and generally had fun in Spanish!  I charged a small amount for the classes, and these funds were handed on to the Foodbank, hopefully to help with the construction of their new building in Chicxulub! We had a fun last class with a smorgasboard of goodies and playing Bingo, then headed to the Cola de Cocodrilo for the Woodstock Music Fest to celebrate! I hope to hold a similar class next winter, God willing, and look forward to helping others be able to converse with our Mexican friends in their own language!

Muelle Market …….again a banner season with having 8 markets. All were well attended. Amount raised for the school programs 7733 pesos

Enjoyed on Feb. 19th at David’s Restaurante saw 1580 pesos contributed to the Food Bank. Konrad is back home now and is continuing with his book sale, Trav-el-ations. He continues to donate to the Food Bank.