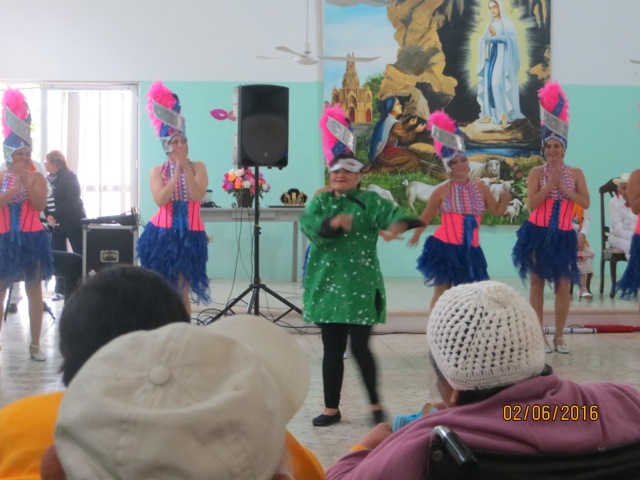 The arrival of Carnival saw the coronation and fiesta for the residents at the home.  The party was well attended and the entertainment was superb!

There was a balance of young and old dancers and even the Progreso queen of “la tercera edad” (seniors).

They thanked the Canadian volunteers that come to the Ancianos , “Sharon’s group” as they called it and also thanked three ladies who have been involved in bringing the Carnival to the Alberque for the past 40 years. They got a  well deserved ovation. 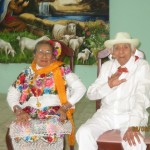 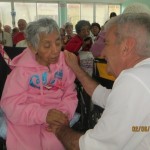 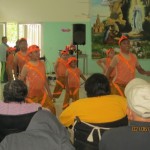 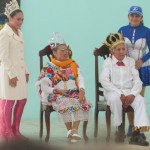 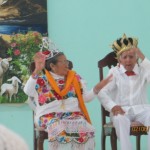 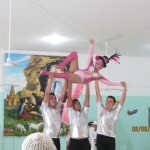 Then we had the regular exercise groups with lots of participation.  One morning before the group started the residents received toques and scarves from Louise and Rod and as you can see from the photos they were very much appreciated and needed. 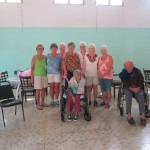 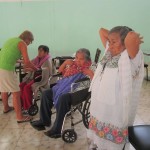 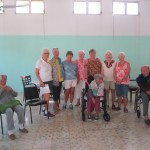 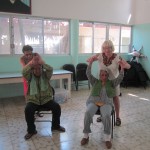 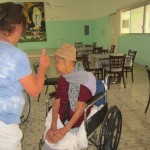 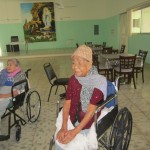 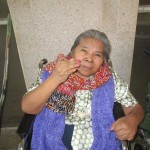 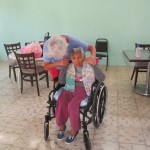 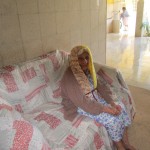 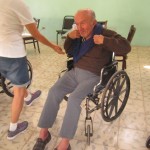 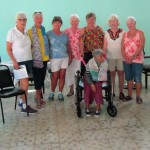 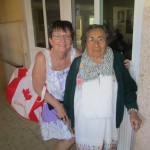 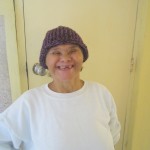 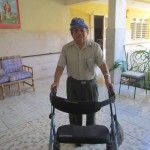 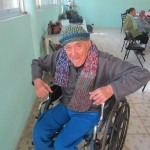 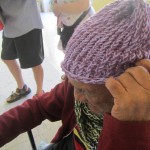 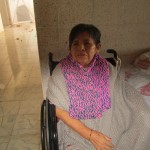 Then we had the men’s group come on their regular Tuesdays to do garden cleanup,  sealing and painting thanks to Tony’s donation…Lots of repair work in the shower area by Vic, and painting edges in the dormitory by Ian and Duncan. The big piles of garbage in the back area were liquidated by the terminators, Andre and Serge. 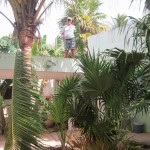 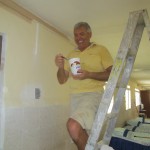 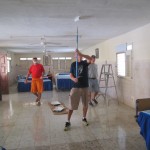 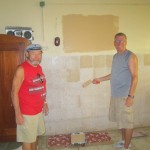 Last but not least, Kay brought in more donations from Pauline and added them to the collection. 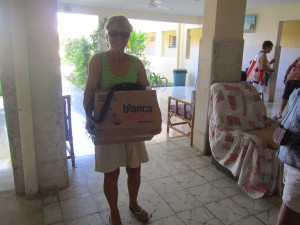 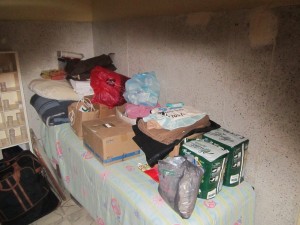 This month has been very active and everyone had enjoyed themselves!