These tidbits are just a small look at what happened during the summer months… The people of Chicxulub celebrated the feast of their patron saint , La Virgen de Asuncion on August 15th.  Under the direction of Padre Mex, people were out early walking the beach and singing homage to the Virgen. The fishermen took the statue in honour on a boat tour along the coast. This was followed by a mass on the beach. During mass, the octopus season which opened August 1 was also blessed. Turtle season – significant numbers of turtle eggs Semarnat officials explained there are 8 refuges along the coast, Celestún, Sisal, Progress, Alacranes, Telchac Puerto, Dzilam de Bravo, Los Colorados and  El Cuyo. Street paving and a new look for Chicxulub…have a look. 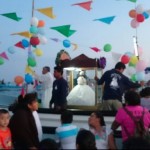 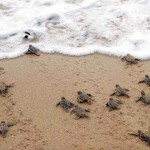 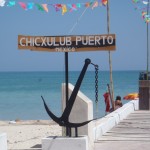