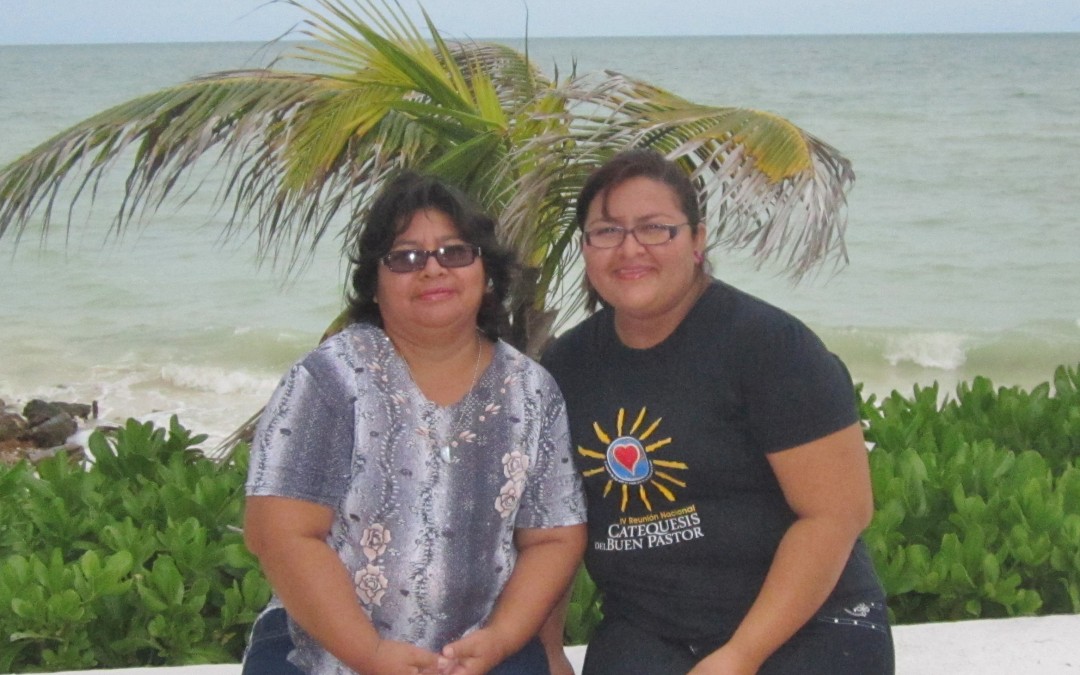 This report has been written by Malu who works closely with the volunteers and summer programming.

These young people from Chicxulub have been volunteering with the school program for some years and I thought it time you heard about them.

Volunteerism is not a well-known nor embraced activity but it is catching on here in Chicxulub.  This is due to many things but not the least being our dynamic Carmita and her family.

Malu, her oldest has been doing summer workshops for the children since she began studying her Forensics Science degree.  Her sister Rosangela is studying psychology while raising her daughter Lina.  You have seen photos of her in previous newsletters.  She is only 4 years old but has been attending and helping at workshops since she was born.  And when Milo-husband and dad is home he also gets involved.

I am proud of working alongside Carmita and her family and have learned a great deal from her and continue to do so. 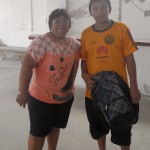 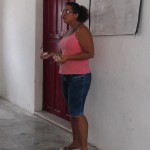 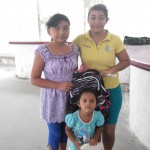 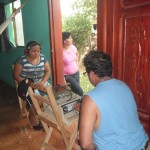 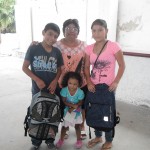 These young people from Chicxulub have been volunteering with the school program for at least 3 years and I thought it time you heard about them.

is 12 years old. She lives between Uaymitun and Chicxulub. She is in grade 9 at the junior high “Pedro Noh Baron”in Telchac Puerto.  Her average on completion of elementary school  was 8.6. She loves biology so her notes in this subject are very good and she wants to be a doctor. During her free time she enjoys  listening  to music, reading and practicing dance with her religious group.  She is happy volunteering, feels that her job is appreciated by us and feels a sense of belonging and family.  There are four in her family; an older brother who  wants to study nursing.

is 16 years old and is studying in grade 9 in the education program for older people.  He lives near Uaymitun. His goal is to finish high school. In his free time he listens to music. He enjoys team work involved with volunteering and enjoys helping other kids while learning new things.

There are five people in his family; both he and his older brother are students and his other brother finished technical school.

is 14 years old and is in grade 9 at the junior high “Benito Juarez Garcia” in Progreso; her average  is 9. Her favorite subjects are universal history and maths. She wants to be a junior high teacher. During her free time, she plays with her pet (a little dog named is Chelito) and reads sci-fi books. About volunteering she said “I enjoy helping the kids and I feel accepted in the group.” She says she is ready to work alone with the children.  There are four in her family and her older sister is attending high school in grade 11.

is 14 years old and is in grade 9 at the junior high “Benito Juárez García”; his average in grade 8 was 9.4. His favorite subjects are math and English. He  wants to have a degree in foreign languages.  During his free time he plays baseball and is learning  to play the acoustic guitar. When asked about volunteering he said “I feel comfortable working with the team; I like the way we are integrated as part of a family, and learn new and interesting things with each workshop; I think it is important to invite more young people to be part of the volunteer team”.

There are four people in his family; his mother who works in a store on cruise ship days, his father is a mechanic and his younger brother is 9 years old and attending elementary school.

she is 14 years old and is studying in grade 9 at the federal junior high “Benito Juarez Garcia”; her average in is 9.2. Her favorite subject is history. She wants to be a forensic doctor specializing in forensic genetics or astronomy. During her free time, she reads romantic novels, listen to Korean-pop music and watches anime shojo series.  She wants to learn Korean and Japanese. About volunteering she says “I like to work with you; it is a new experience for me and I enjoy it a lot”.

is 12 years old and is studying in grade 9 at the same school as her sister “Benito Juarez Garcia”; her average from elementary school was 9.6. Her favorite subject is biology. She wants to earn a degree but does not know yet in what.  During her free time, she reads romantic novels, listens to Korean-pop music and watches anime gore series. She wants to learn Korean. About volunteering she says “it is a new experience for me, but I am very excited to help .”

There are six people in her family; two younger sisters, one younger brother, and older sister, Yessica and her mother. 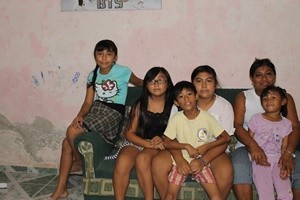 There you have a brief intro to this group of energetic, lovely people.