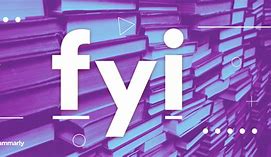 A brief history of Progreso/Chicxulub over the 3 months of the pandemic.  Early July, Progreso has gone from ninth to seventh place with the highest number of infections after Mérida, which is the one with the highest number of cases registered in the accumulated with 2,907 infections. Progreso registers 81 accumulated cases, of which 41 are active, 37 recovered and 6 deceased.

A week after the economic reopening was expanded, coronavirus infections and deaths continue to decline in Yucatan.

Authorities warned that it is too soon to gauge the effects of the economic reopening, and warned the public to remain vigilant.

Hospitalizations rose, however, by eight to reach 302, while people with mild symptoms and isolated at home totaled 856.

Showing how widespread infections remain, authorities reported 67 in Merida, eight in Valladolid, four in Tekax and Ticul; two in Dzan, Hunucmá and Progreso; one from out of state; and one each in Buctzotz, Chemax, Dzidzantún, Dzilam González, Kanasín, Kinchil, Motul, Panabá, Peto, Tekit, Tixpéhual, Tizimín, Tzucacab and Yaxkabá.

Health authorities confirmed this Sunday Sept. 13th, 212 cases of Covid-19 in Yucatan. 126 in Mérida and in 17 Progreso. There were also seven deaths.

New projects for the area: a new museum and beach park while in Chicxulub a new market will be built, in Chelem and Chuburna parks. These projects are funded by the federal and state governments.

The new museum will be built on the site of La Parque de La Paz and the new beach park will be on the International malecon.

The muelle in Progreso will shine blue lights every Friday to honour the health care workers who have worked through the corona virus.

July 15th, the Dry Law was instituted again and the marinas were closed.  This was an attempt to reduce parties, social contacts and gatherings.

The new provisions are: beginning Thurs. July 16th a curfew was implemented from 10:30PM until 5AM; non-essential businesses must close by 6 pm and remain closed Saturdays and Sundays. As for restaurants, from Monday to Friday they will close at 10PM and weekends only take outs and home delivery; and all marinas are closed and all recreational boats are to be beached.  Only fishermen are allowed out; and people are reminded that face masks are mandatory out of your home or  walking on the beaches.

Two beaches have received the Blue Flag certification which indicates we have the some of the best beaches in the world.

Paving of the streets is happening in both Chicxulub and Progreso.

This is the most recent change in Progreso and surrounding areas.

Only time will tell if this plan is extremely optimistic or if we will revert. It all relies on people thinking through their own plans and safety needs.

As of this week Sept. 24th the numbers are showing 4 new cases in Progreso and one death, a 39 year old male.

In Merida…a block on Calle 60 is now tree-lined, a taste of things to come.

Native trees such as ceiba, hibiscus and flor de Mayo are bringing green to the Centro and making more space for pedestrians to spread out.

State government personnel began placing the pots today to expand the pedestrian space in Historic Center, where officials have tried to discourage crowding during the coronavirus pandemic. Buses have already been rerouted away from the very center of the city.

Should snowbirds travel to Yucatan this winter?

Complete article can be read at https://yucatanexpatlife.com/should-snowbirds-travel-to-yucatan-this-winter/

Tourism is the mainstay of Yucatan. After six months with virtually no tourists, our economy is on the skids. Our formerly vibrant entertainment and restaurant scene is in tatters and even the venturing out to buy provisions takes nerve. And of course, the permanent foreign residents receive regular emails and Facebook messages from concerned family and friends living north of the border. They want to know how we’re managing — and BTW — is it “safe” for them to fly down for the winter? The prospect of spending a cold six months is not appealing and our friends have also realized how much they love many aspects of their winter home.

What can we tell these people? Is it totally irresponsible to reassure them that all will be well? Don’t worry, be happy? On the surface, it sounds like we should answer with a resounding no! But the truth is not so one-dimensional.

And so to my friends who ask if they should come to Yucatan this winter, I say that yes, come here. But do not expect that you’ll be able to carry on as you have every other year. Socialization is available, but limited – you need to be careful – just like at home. As far as the reopening of services is concerned, this changes according to the infection stats. But the current calendar was published in Yucatan Expat Life and elsewhere.

Hospitals and other medical facilities are open, and yes, there are available ICU rooms, should the worst happen.

For everyone — spending part of the winter in Yucatan will be as safe as you make it — and as British Columbia Provincial Health Officer Bonnie Henry says, “Be kind, be calm and be safe.”